Pegasus VS Unicorn : Who would win? Dueling point by point

Today, we sift through the powers and abilities of two of the most legendary horses: the unicorn and the Pegasus. The one-horned creature and the winged horse will go head to head in 4 rounds: seniority, current notoriety, beauty and strength.

Difference between Unicorn and Pegasus

Before starting this showdown, it is useful to distinguish between these two mythical creatures :

The difference separating the unicorn from Pegasus is that the unicorn is a legendary horse-like mount with a single spiral horn protruding from its forehead, whereas Pegasus is a wing-tailed horse.

Now that everything is ready, let's get ready for the fight! The unicorn is a creature that would have been known during the ancient Greeks. At that time, explorers who traveled to the Indian and Persian kingdoms mentioned the unicorn as a fantastic animal.

It was known at the time as the "Monoceros". The unicorn would come, anyway, from the East.

The Western unicorn is interestingly distinct from the Asian version, in terms of its appearance, its history and its symbolic importance.

On the Western side, it is a wild creature but is paradoxically pure and graceful. Virginity would irresistibly lure the unicorn. Legend has it that a virgin girl was used as bait in the past. Among all the fantastic creatures of Hellenistic mythology, Pegasus is probably one of the most well known. His mythical episodes are derived from the Greco-Roman poets.

The most ancient written source is that of Hesiod, in the 9th or 8th century B.C., who mentions the birth of Pegasus and the Chimera in his Theogony.

Ovid narrates his birth in the Metamorphoses, Hygin mentions several episodes in his Fables, and Pindar relates how Belerephon captures Pegasus in the 6th century BC.

It remains very complicated to reconstruct a timeline for the story of Pegasus. Many writers evoke this myth more or less briefly, sometimes in contradiction with each other.

The sources are not very clear about possible dating, on the one hand, it is difficult for us to date the origin of the unicorn, on the other hand, Pegasus is quite ancient. The unicorn having been mentioned in the Bible.

We declare a draw for this round!

Wait wait, what a turnaround! I am told that the Unicorn was already represented between 2000 and 2500 years before Christ! The unicorn has joined the folk culture after centuries of existence in various natural history literature and exploratory stories. The most famous work is Peter S.'s Last Unicorn. Beagle. Since the beginning of the 2000s, it has been very present in Internet culture, frequently in a spoofed way.

Unicorns are featured in Lord Dunsany's novel, The Daughter of the Elf King, as well as in The Fionavar Tapestry, The Endless Story, and The World of Narnia. The best-known fantasy work is The Last Unicorn, a novel by Peter S. Beagle published in 1968, whose heroine is a unicorn.

The short stories The Rhinoceros Who Quoted Nietzsche and Julie's Unicorn by the same author, also depict unicorns.

In the Harry Potter saga, unicorns are portrayed as powerful magical creations difficult to capture, and their silver-colored blood, which shines in the moonlight, is an elixir of longevity.

Murdering a unicorn is a terrible act, and anyone who risks doing so gains only a damned half-life. Unicorn blood makes it possible to survive even if one is about to die, but only at the cost of the death of a pure creature (the horse itself).

Along with other creatures like unicorns and dragons, Pegasus became part of the fantasy books and bestiaries of numerous role-playing games and video games.

Anne McCaffrey, an American science fiction author, wrote a trilogy called The Flight of Pegasus, where the reference to the winged horse is largely symbolic.

Part of the Marvel universe, the Pegasus Project is a new energy research center. Also in this universe, the Valkyrie or Danielle Moonstar ride winged horses.

On-screen, Hercules, Walt Disney's famous feature-length animated film, is a dumb winged horse with a blue mane cut into a brush, given by Zeus to his son Hercules. He has only one role as a stooge. No Greek myth concerning Hercules, however, tells us that he rode Pegasus, and the film is very liberal with the myth, both in the birth of Pegasus and in his role as

We also find him:

In the manga and animated TV series Saint Seiya, Seiya, the Knight of Pegasus, is the lead protagonist. He is related to the constellation of Pegasus and wears the armor of the winged horse, which he acquired in Greece.

In Barbie and the Magic of Pegasus, a pink winged horse named Brietta helps Princess Annika.

In the manga and animated series Yu-Gi-Oh! the creator of the card game and enemy of the main character is named Pegasus J. Crawford.

It was close, but the unicorn won by a hair!

Is it really necessary to emphasize how beautiful the unicorn is? With its magnificent look, its twisted horn, its silvery-white coat, and its white or colored mane floating in the wind like a flag!

If the one-horned horse is a mythical animal it is not for nothing!

Beyond the horse depicted in illustrations that are meant to be realistic, what about representations of unicorns in cartoon, cute or cartoon versions? One can discern in them a pure and benevolent heart!

And it is also in the diversity of its representations that its royal equine charm resides!

However, the Pegasus is not to be underestimated in terms of appearance either. Indeed, it possesses characteristics close to those of the unicorn with a mysterious and majestic dimension that no other type of horse possesses.

However, unlike the unicorn, it lacks various representations and is always illustrated in the same way, i.e. white with its magnificent white wings that give it a titan span.

So yes we can say that the Pegasus has a little more majestic look than the unicorn thanks to the fact that it is winged, but two things prevent me from offering it this round :

One, the unicorn in all its variations is likely to appeal to more people. Secondly, it is a site about unicorns hahaha!

It's hard to decide between them... Let's call it a draw!

The unicorn is often praised for its beauty and purity, but what we don't say enough is that in combat it is a fearsome being with supernatural powers!

Indeed, the unicorn is almost immortal, its imposing stature and rare strength make it an elite horse!

It's not accidental that Alexander the Great himself would have owned one as his mount!

In fact, it is to Marco Polo that we owe the description of an ancient breed of unicorn horses in India, descended from Alexander the Great's famous Bucephalus:

"One could find in this province (India) horses descended from the semen of the single-horned horse of King Alexander, named Bucephalus; which were all born with a star and a horn on the forehead like Bucephalus, because the mares had been covered by this animal in person. But the entire breed of these was destroyed. The remaining ones were in the power of an uncle of the king, and when he declined to allow the king to take one of them, the king had him put to death; but in rage at the death of her husband, the widow destroyed the said race, and was lost... »

Pegasus, on the other hand, combines the positive symbolism of the horse, namely passion, impetuosity and power, with that of the bird, independence and elevation to the sky, lightness, quickness and ascent!

Moreover, in Greek mythology, the adversary of Pegasus is none other than the Chimera, a creature considered invincible and terrifying to humans. In fact, it is a combination of three animals: a lion's torso, a goat's head on its back and a snake as a tail.

This way, it combines the advantages of each animal: strength, energy and vivacity. Moreover, it spits fire like a dragon.

In order to fight this devilish monster, Belerephon uses his faithful companion Pegasus: the speed and agility of the equine allows him to avoid the beast's flamesand stay out of his reach, so he can easily pierce it with his arrows: he shoots lead-weighted arrows, which on contact with the flames, burn the beast's intestines.

Even if the unicorn is incredibly impressive, we must offer this sleeve to the Pegasus. It stands out thanks to its remarkable velocity and high mobility!

And you, are you a unicorn or a Pegasus? 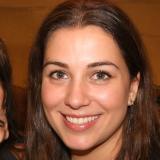